for 'Bring The Dead Back To Life' anthology,

- Some Questions About Artist Residencies

- On The Nude Beach

for 'The Earth Not A Globe' exhibition catalogue,

In Conversation with Edwin Burdis and Jamie Eastman, Arnolfini Interview with Yvette Gresle on FAD

Review of 'It must be told.'by Ria Hartley

Interview for Hayden Kays' 'I the God'

Review of 'Recreate A Nervy Pistol?' by Natalie Craven

Exhibitions of the Week, The Guardian, by Skye Sherwin

Only Son, music video for Astronauts 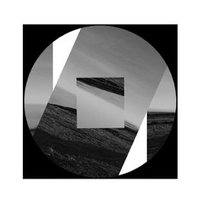 'THE EARTH NOT A GLOBE'

A group show taking the controversy of Galileo Galilei's discovery that Earth was a sphere to examine unpalatable world views and science and technology's impact on our perception. Texts were comissioned to respond to or enact this theme, then offered as loose pages that gallery visitors could select themselves to compile their own publication.

I wrote a fictional transcript of a video diary that never happened.

'ON THE NUDE BEACH'

“Hello.”(Camera quickly pulls back to reveal Barry, he is talking directly into the lens whilst sat naked on a large striped towel on a beautiful sandy beach; laying on his side and propped up on one elbow, his cock and balls are quite visible and he is sweating under the glare of the sun. A handful of other naked people can be seen walking around in the distance.)

“We're all very used to seeing an artist naked aren't we? So I hope this isn't too shocking.When someone mentioned the Flat Earth Society to me a few weeks ago I immediately pictured a beach.

So I've come here, to Holkham Bay on the North Norfolk coast on one of the hottest days of the year. 37 degrees by mid-morning and the tide is out leaving a huge expanse of smooth, warm sand. It is a few hundred meters from the edge of the imported pine trees behind me down to the waters edge and nothing else for miles in either direction but the sweep of the coastline.

I sometimes think that a view of the beach looks like little more than a child's crayon diagram of our earth's geological make-up?  When you look out at sea from back up by the car park you get a simple sequence of near parallel, horizontal lines laid out in front of you; marking out the grass, then sand, water and air,

and illustrated with the most rudimentary mineral building blocks as one section crumbles, dissolves or evaporates into another. In fact, I've always found the pull of the beach a little absurd, our escape to the very edge of the landmass, then collapsing onto the ground - maybe venturing into the shallows of the sea but

no further. Don't get me wrong I absolutely love it here but throwing off your clothes to immerse yourself in powdery rubble and dirty water is a lot like having a mental breakdown at an abandoned building site.

But take all the heady absurdities of the beach, multiply everything, and you've got the nude beach.

I remember the first time I came across one a few years ago. My girlfriend and I were walking around the rocky coastline of an island off Croatia and came upon a large boulder daubed with the letters FKK in red, brush-wide capitals and an arrow pointing the way we were walking. Carrying on along the path we turned

a corner and opened out to the sea and a series of smooth concreted levels, stepping down into the water.

We had come to the edge of a naturist campsite and across the small inlet completely naked people were sleeping, swimming, reading and strolling around with washing up and shopping. Some in hats, some in just shoes. It made me think of something from the original 60s Star Trek, where the advance party would creep through undergrowth of a newly found planet to observe the uniform behaviour and appearance of an alien society milling around a featureless planet, before a snapped twig or hidden peril blew their cover. You know it also reminded me an incident as a child when I was playing in the grounds of a stately home in the countryside of Essex and came across a large encampment of white canvas and timber tents amongst the trees. As I got closer you could clearly see the inhabitants were milling about in American Civil War costume; men women and children, tending to stoves, fetching water and cleaning weapons. Not for the benefit of an audience but for what turned out to be a private weekend retreat for them to share methods, restage specific sections of the armed conflict and to totally immerse themselves in this past-life as authentically as possible.

Maybe because we were in holiday discovery mode or just too hot to walk further but, back in Croatia, we decided to down our things and find a spot right there. Within a few minutes we were both bobbing around in the sea with nothing on. A small step, a giant leap etc… Practical reasons alone suggest that to be baking hot, in a natural environment and in and out of the water you might as well be naked but that didn't stop it feeling contradictory to everything I thought I knew about social conduct and public decency; I'm the sort of person who likes wearing trunks, even taking ages to choose which ones to buy, and what to wear with them.

This was a lot to take in.

Since that trip to Croatia I have spent some time working in Germany and Finland where both cultures actually see social, platonic nudity as a thing to celebrate when amongst groups of friends or colleagues. In either country you could be asked out to a lake or sauna with a bunch of strangers, some food and wine, then an hour or so later you're casually chatting about teaching methods or transport costs or the weather - with absolutely nothing on. Clearly this takes a bit of getting used to, but whether it's a ‘when in Rome' attitude,

Between American prudishness and mainland north European let-it-all-hang-out body acceptance the UK is probably placed somewhere in the middle, but I suspect a bit closer the US state of mind than our nearer neighbours. Perhaps unsurprisingly my recent attempts to set up the Deptford Mixed-Sex Naked Sauna Society have been plagued by setbacks. An advert for expressions of interest I placed in the South London Press has left me inundated with suspicious phone calls and furtive emails, no leisure centre will permit us access to their facilities and I have been approached by the local authorities, suspicious of my motives.”

(Barry pauses and looks off camera, pulling his towel over himself. We then see a fully clothed family walk

past and disappear into the dunes behind, we can hear the mother quietly giggling.)(Barry looks back into

(Barry now sits upright and cross legged, he rubs at his shoulder and reaches for the sun cream, popping it open and beginning to methodically reapply all over.)

“You can get to a point here during the day where you've forgotten about absolutely everything else. I mean look at it, it's like you're on the Moon, or Mars or something.I might have got this a bit wrong, but you know when they sent the Voyager satellite into space in the early eighties they included lots of artefacts and information from earth, so any alien species might have some clues to understanding us. On the outside of the hull they placed an engraved brass plaque with a diagram of where Earth is in relation to the rest of the Universe - here, a bit like this (Barry begins to sketch it out on a little notepad and holds it up to the camera) - there's a kind of radiating geometric star-shaped thing, a sequence of small circles in a row, that I guess are meant to be the planets, then two line drawings of a naked man and woman, standing next to each other in a sort of weirdly casual pose, he has one hand held up as if he's showing you the rest of the drawing, or even the Universe, or waving hello. Now, I find it totally unlikely that a bit of engraved brass with a stylised line drawing on, all in totally different scales, has any hope of explaining our location and civilisation to another completely alien race. However, what is does look exactly like, is a nudist couple on a really sunny day, enjoying a game of beach boules. Seriously, Google it, and tell me I'm not wrong.

(We watch Barry settle back onto the towel, gazing out at sea. The camera remains running for the next 20 minutes. From the rising of his chest we can see his heart rate gradually slowing. Occasionally shifting his position he silently watches the landscape and the other people on the beach. We see a redness slowly bloom across his chest and shoulders.)