A Sculpture I Once Saw, Which I've Always liked, By An Artist I Can't Remember, Remade From My Written Description By Someone I've Never Met. 2013, 2015 - onwards 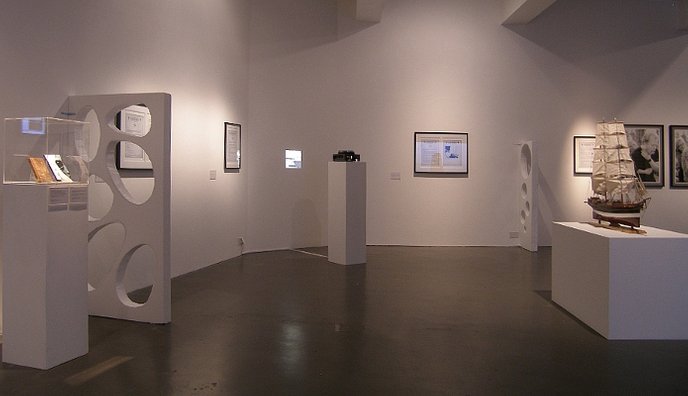 The title for this work came first, written back in 2009 then pinned on my studio wall. This hypothetical idea, with a specific sculpture in mind (seen back in 2000), was eventually brought into being for A.R Hopwood's solo show 'The False Memory Archive' at Exchange, Penzance, 2013, a showcase for various projects made whilst he was research fellow with The Wellcome Trust.

The remaking process was enacted three times for that exhibition, then was repeated once again for another exhibition in 2015 (see below), and will be again in the future. In each instance someone I don't know, but who has some facility in making, is passed a single page description written from memory of the sculpture

I saw in 2000. For example I think it was: made from a thick sheet of white polystyrene or similar; attached

to the gallery wall at a right angle; about the size of an interior door; and dotted with several large uneven holes. Each time it is remade I write a new one-page description describing at greater length every detail

For The False Memory Archive exhibition A.R.Hopwood knew of my 'A Sculpture I...' idea and asked if he could realise it for me as part of his show looking at the potential for distortion in long-held memories. I then wrote out a detailed description of my memory of the original sculpture (its shape, materials, display, effect), gave it to A.R,, who gave it to the Exchange gallery who then found three people with the requisite skills to attempt it. They were all given the same text, and each had one day alone in a workshop with a selection of tools and materials to produce their interpretation of what I had tried my best to describe. These three attempts were then dispersed throughout A.R. Hopwood's exhibition. 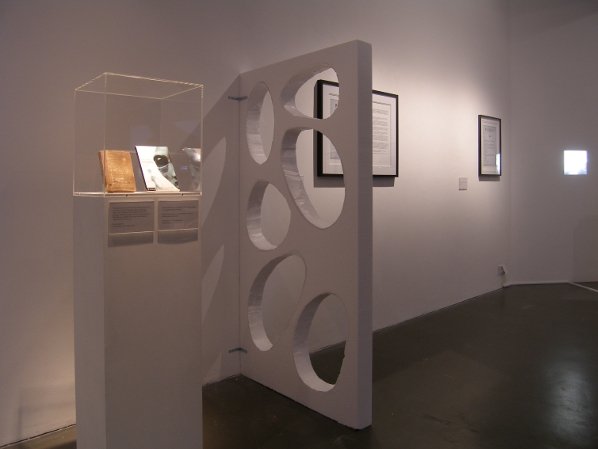 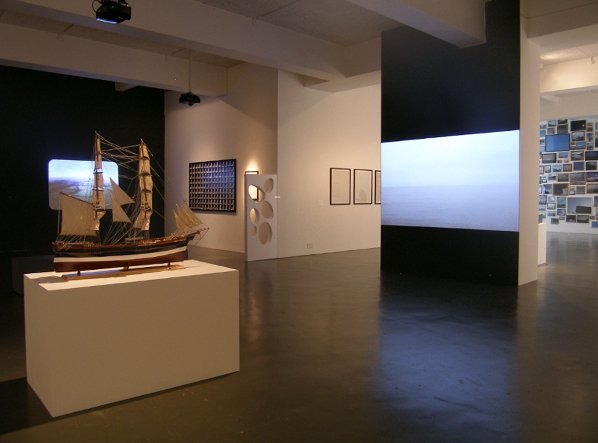 Whilst on a residency at the University of Bath with ICIA one of the projects I made with different faculties and departments was another attempt at a remake with the Dept of Architecture and Civil Engineering. The head of department put me in email contact with Lab Technician Glen Stewart who would become the latest 're-maker'. In this instance although we never met we exchanged a number of emails about my memory of the artwork, without ever recoursing to exact measurements or specific materials and tools.As an engineer Glen took a highly exacting approach: for example interpreting my comment that the holes removed about half the surface by working with a mathematician to calculate how to do this using various irregular ovals; using computer controlled tooling for all cutting; and neatly concealing any fixings within the structure. This was then exhibiied in my exhibition 'Sociable Hermit' overlapping with many other residency projects and experiments 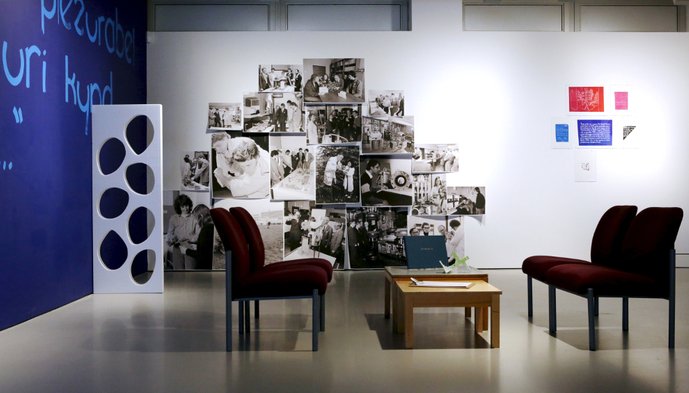 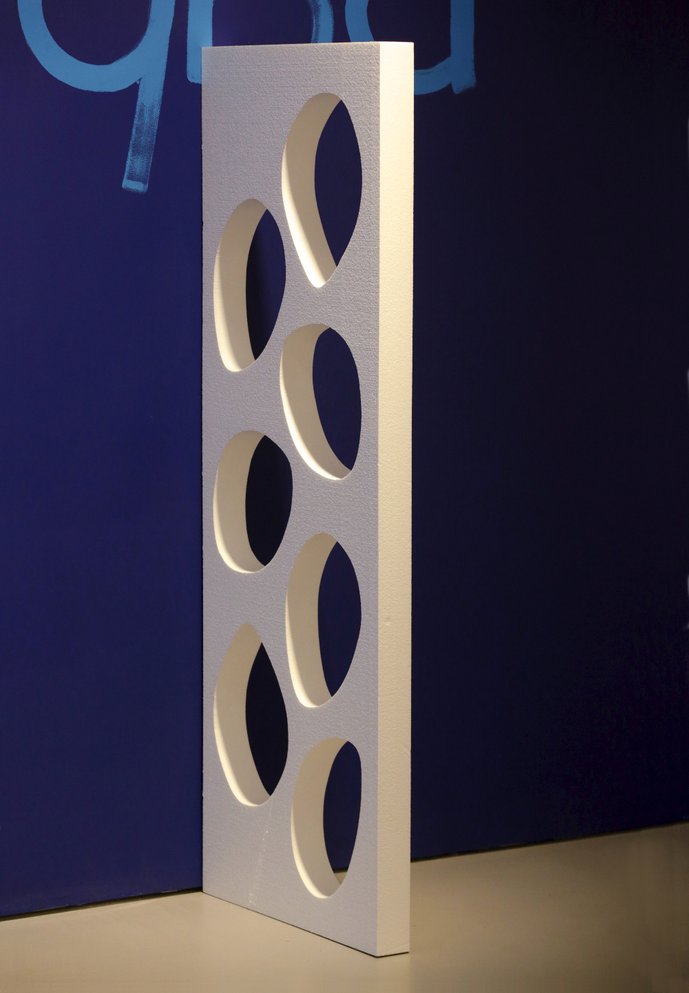 I can still remember the gallery where I saw the original sculpture, now over fifteen years ago,

so I know where to look to find a photograph of how it really looked, what it was made of, and who originally made it, but whilst I'm still proiducing the remakes I have resisted doing so.