An hour-long multi-media monologue loosely based on, and delivered in, the repurposed 1960's concrete planetarium set in the middle of the University of Plymouth. The old 'William Day Planetarium' was recently redeveloped into the 'Immersive Vision Theatre' and is now a 40 seat cinema capable of state of the art 180° digital projections and 10 speaker surround sound, most often used to display complex data and bespoke presentations. My event's title is an anagram of the building's name. 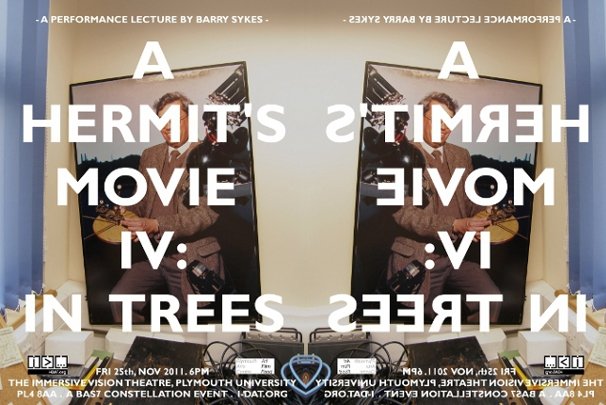 (Image: Mirrored poster designed for the large plasma screen in the planetarium lobby.) 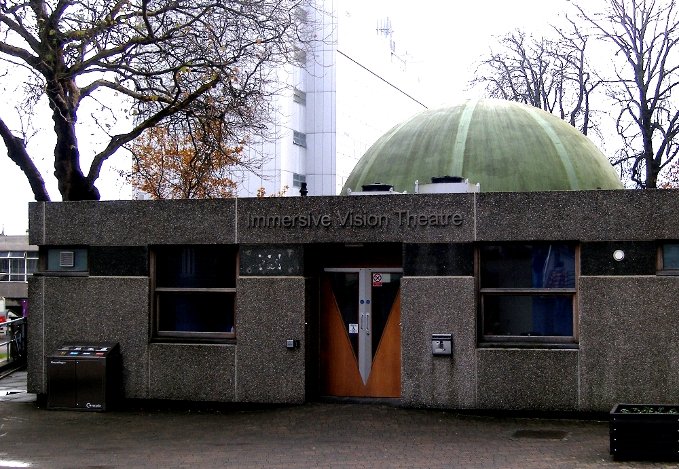 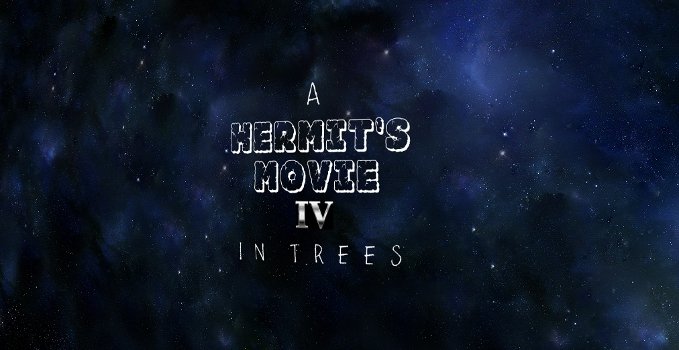 This completely site specific talk described how I came to find the planetarium, a little of the building's history and also my basic understanding of what it was capable of, veering off to include astronomy, astrology, the mechanics of cinema, text animations, home movies, webcams and karaoke. Consequently the event cannot be staged anywhere else or the footage reshown on anything other than a full dome.

The whole talk is delivered as a disembodied voice in the dark, over a microphone at the control desk. After the audience has reclined in their seats they are treated to my live karaoke rendition of the first few bars

of Michel Legrand's 'Windmills Of Your Mind' followed with a short tour of the depths of known universe using hi-res graphics based on a live feed of the current positions of the stars and planets.

It also includes a profile of the building's originator, Dr Percy Seymour; Google Art Project tours of The

Mirror Room in the Palace of Versailles, Van Goghs 'Starry Night' and Chris Ofili's 'No Woman No Cry'; a terrible joke I wrote especially; new 360° footage of the galleries at Plymouth Arts Centre; new 360° footage of the dome we were all sat in; a short clip of recently discovered home movie footage; a series of bespoke text animations; an existing presentation showing the forces involved in a tornado; and culminates in an anecdote illustrated with my film of the large Elm tree just outside the building at dusk, played out over

the remaining bars of 'Windmills Of Your Mind'. 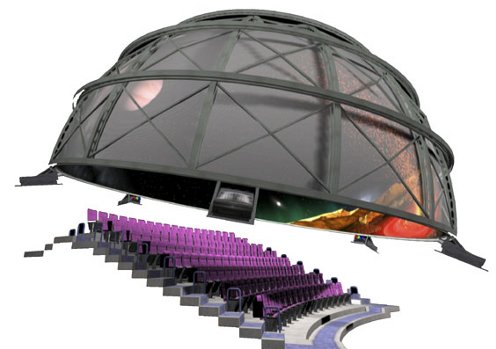 The talk was delivered on two occasions, once in January 2011 whilst my exhibition 'Recreate A Nervy Pistol? (An Early Retrospective)' was at Plymouth Arts Centre then again in November 2011 to concide

with the arrival in Plymouth of the touring 'British Art Show 7: In The Days of the Comet'.A short sequence rearranging some of the new footage made for the talk will shortly be edited into a stand-alone film to be screened at similar domes around the world and it may be that the intro and outro of my karaoke version will be produced as a vinyl record accompanied by a hard copy transcript of the lecture as liner notes.

POSTSCRIPT: I now also deliver a new version of this talk - a talk about the talk - entitled 'Hermit Movie Rethink'. This uses many of the same element but shown with PowerPoint and a regular data projector pointed across the ceiling. This can be done in any venue, adapting each time. A kind of 'behind the scenes' tour or self-deprecating directors commentary it is a knowingly pale imitation of the full immersive experience of the original planetarium event but in doing so foregrounds the mechanics

of the lecture and the active role of the audiences imagination.