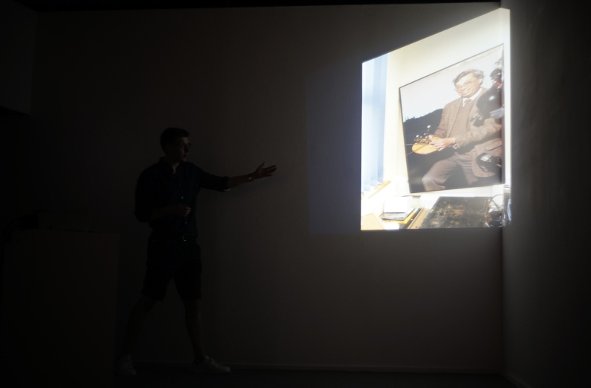 At the invitation of Kings Artist Run, Melbourne, Australia - whilst there on a research trip - I presented

a new version of my 'Hermit Movie Rethink' performance lecture alongside a new ad-hoc sculpture in the adjacent room.

'Hermit Movie Rethink' is itself an adaptation my performance lecture 'A Hermit's Movie IV: In Trees' originally written about, and delivered in, the small 30 seat, concrete-domed planetarium in the University

'Hermit Movie Rethink' instead uses the available architecture as presentation surface, and standard Office computer packages instead of the planetarium's processing power - becoming a purposesfully distorted interpretation of the original lecture, itself all about distortion, perception and reimagining.

As part of this research trip to the other side of the world it seemed fitting to reattempt a work that is built around the study of the planet's movements, also purposefully scheduling it three days after arriving so still heavily influenced by jetlag. 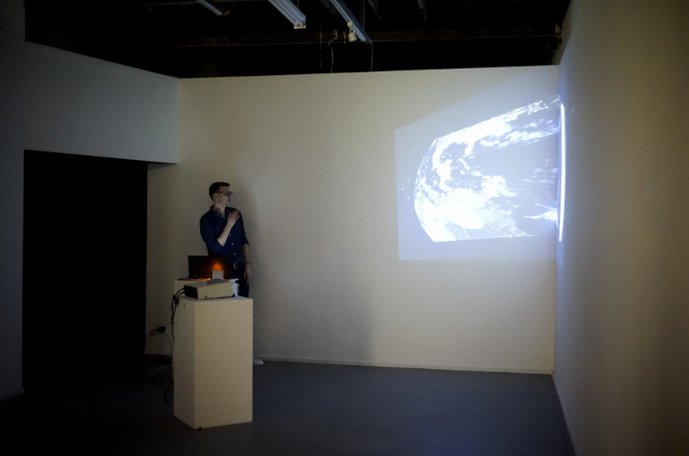 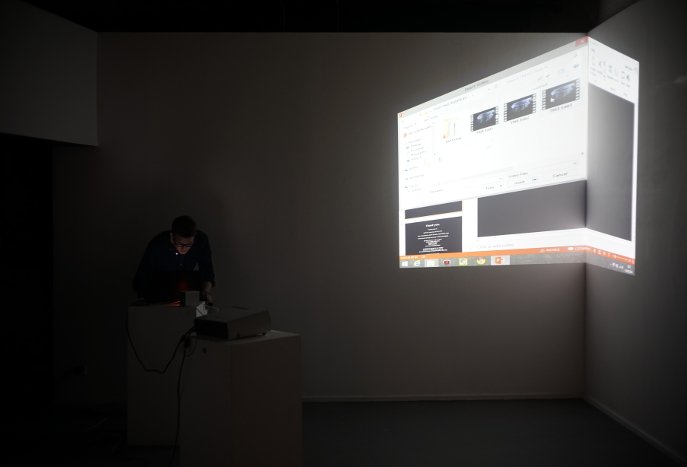 To accompany the event I presented a new improvised sculpture in the adjacent room, made over the previous few days. It was overtly shaped by a series of dominant influences: the themes of the talk, available materials, new location, urgency of the deadline, and crucially the disorientation from the epic journey with the associated effect on my sleep patterns and critical faculties.

Jetlag Sculpture' is comprised of two Australian pint glasses (15 fl. oz, compared to the UK 20 fl.oz), each half-filled with a strong liqueur (Blue Curacao and Creme de Fraise), each also containing an identical variety of objects purchased at a local builders merchants (picked as tactile items whose exact function I couldn't determine). This was set on a shelf of scrap wood found in the gallery, and attached to the wall using what are known as 'London brackets' that I had brought all the way with me. 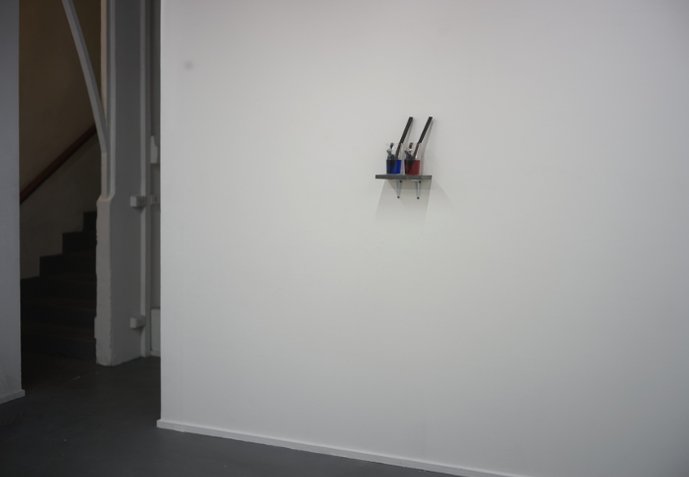 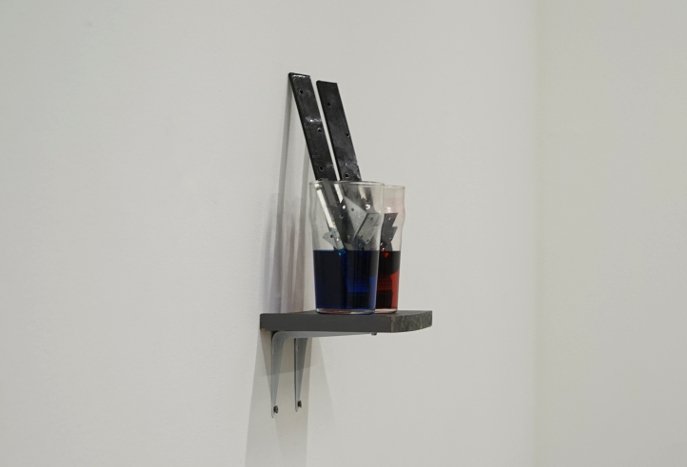 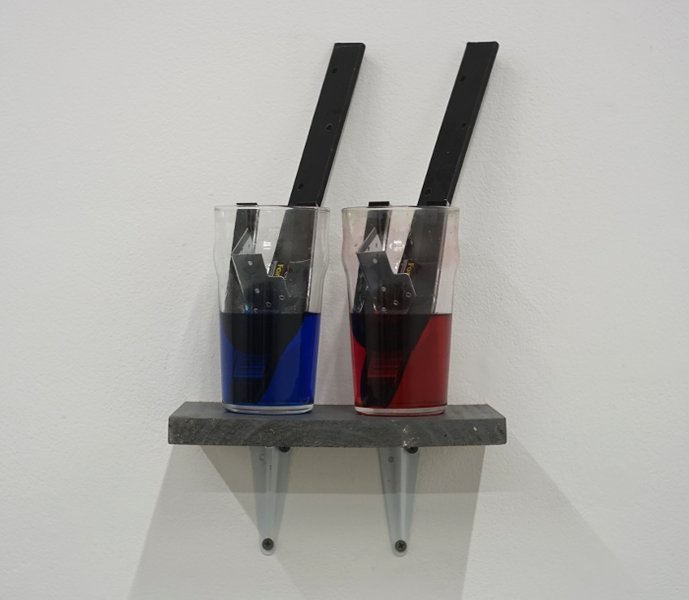